Media makes caves look like naturally occurring tents, but in reality they are worlds of their own. Some of the best hikes and foot trails to take are going through caves. Not to mention they’re a great way to get out of the sun when it’s just a bit too hot out. So here are give amazing caves to start your underground adventure!

Located near Bear Lake, the Minnetonka Cave is a great place to go exploring the depths. Be sure to bring a jacket though, because the temperature stays a constant 40°F year round. The half-mile deep cave is formed almost entirely of limestone. The tour guides are friendly and knowledgeable, and will gladly answer almost any question you can think of! 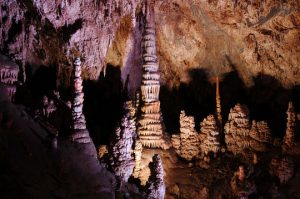 In the Lewis & Clark Caverns State Park, the cavern tours are a popular activity. The park was named for them, after all! The State Park has camping available for both tents and RVs nearby, making these caves a good place to go on a family camping trip. The Paradise Tour is approximately a mile long, guided tour that has accessibility efforts in place. While never seen by the Corps. of Discovery they were named for, these limestone caves became a national monument on the same day that the Grand Canyon did! 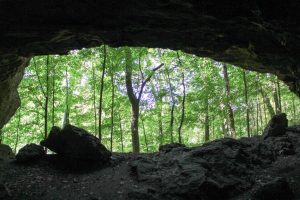 Beware: the Horsethief Cave is for an experienced caver. Lacking in a tour guide, the caves are a place for free exploration. However, the cave is filled with various passages, making it very easy to take a wrong turn! The caves are long and deep, extending from Wyoming into Montana. The 20 mile cave system got its name from the horse thieves who used to hide the large beasts in the caves. Horsethief Cave is one of several caves in the area, sitting nearby the Bighorn River. So it’s the perfect place for a picnic before exploring the depths! 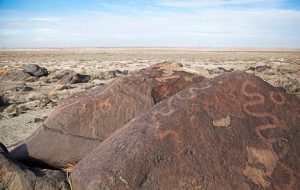 If you’re feeling like less of a hike to get to the cave itself, the Hidden Cave in Nevada is a good choice! Just out of Fallon, NV, the Hidden Cave only has a 1.2 mile hike to the cave, and you’ll have the opportunity to see petroglyphs along the way! The cave itself is available to tour by appointment, and the guides will be happy to tell you about the archaeological history of the caves. You can take the Churchill County Museum‘s private tour on Tuesdays and Wednesdays, or take a virtual tour using their VR kiosk during normal business hours Tues-Sun.

Feeling outdoorsy but not feeling like camping? Directly underneath Lincoln, the Robber’s Cave system is a great solution! This location is so interesting that there’s even a book written about it! Robber’s Cave: Truths, Legends, Recollections was written by Joel Green — you might get your tour from him! If you have a particular fascination with history, this is a great place to go hear about the different people that have used the caves as a hideout. From criminals like Jesse James to systems like the Underground Railroad, the Robber’s Cave has played an important part in history.